VFW Posts statewide host public commemorations and other events on many patriotic days, honoring America's veterans and rich history. Join us in our efforts by getting involved with an upcoming event with your local Post today!
Veterans Day

Veterans Day is an opportunity to publicly commemorate the contributions of living veterans. Armistice Day officially received its name in America in 1926 through a congressional resolution. It became a national holiday 12 years later by similar congressional action.
If World War I had been "the war to end all wars," November 11 might be still called Armistice Day. Realizing that peace was equally preserved by veterans of World War II and Korea, Congress decided to make the day an occasion to honor all those who have served America. In 1954 President Dwight D. Eisenhower signed a bill proclaiming November 11 as Veterans Day. (Historically, the first Veterans Day parade was held in 1953 in Emporia, Kansas.)
A law passed in 1968 changed the national commemoration of Veterans Day to the fourth Monday in October. It soon became apparent, however, that November 11 was a date of historic significance to many Americans. Therefore, in 1978 Congress returned the observance to its traditional date.
Pearl Harbor Day

On the morning of December 7, 1941, Japanese bombers staged a surprise attack on U.S. military and naval forces in Hawaii. In a devastating defeat, the United States suffered 3,435 casualties and loss of or severe damage to 188 planes, 8 battleships, 3 light cruisers, and 4 miscellaneous vessels. Japanese losses were less than 100 personnel, 29 planes, and 5 midget submarines.
The day after the attack, before a joint session of Congress, President Roosevelt asked Congress for a declaration of war against Japan. President Roosevelt's message conveyed the national outrage over the Pearl Harbor attack by pronouncing December 7, 1941 "a date which will live in infamy."
FDR expressed outrage at Japan and confidence in the "inevitable triumph" of the United States. On December 8, 1941, the United States declared war against Japan; on December 11 Germany and Italy declared war against the United States.
Memorial Day

Memorial Day, May 30 (traditional), is a sacred day to all war veterans. America's collective consciousness demands that all citizens be reminded of the deaths of their fellow countrymen during wartime. By honoring the nation's war dead, we preserve their memory and thus their service and sacrifice. All U.S. flags should be displayed at half-staff during the morning hours. At noon, they should be raised back to full-staff.
The Meaning of Memorial Day
It’s a sacred day to all war veterans: None need to be reminded of the reason that Memorial Day must be commemorated. But what about the general public, and more important, future generations? Do most non-veterans really recognize the importance of the day honoring their fellow Americans killed in war?  Judging from what Memorial Day has become — simply another day off from work — the answer is a resounding no. Perhaps a reminder is due, then. And it is the duty of each and every veteran to relay the message.
Sacrifice is meaningless without remembrance. America’s collective consciousness demands that all citizens recall and be aware of the deaths of their fellow countrymen during wartime.  Far too often, the nation as a whole takes for granted the freedoms all Americans enjoy. Those freedoms were paid for with the lives of others few of us actually knew. That’s why they are all collectively remembered on one special day.
This should be regarded as a civic obligation. For this is a national debt that can only be truly repaid by individual Americans. By honoring the nation’s war dead, we preserve their memory and thus their service and sacrifice in the memories of future generations.  They came from all walks of life and regions of the country. But they all had one thing in common — love of and loyalty to country. This bond cemented ties between them in times of trials, allowing a diverse lot of Americans to achieve monumental ends.
We remember the loss of loved ones, a sense of loss that takes group form. In essence, America is commemorating those who made the greatest sacrifice possible — giving one’s own life on behalf of others.  Means of paying tribute vary. Pausing for a few moments of personal silence is available to everyone.
Attending commemorative ceremonies is the most visible way of demonstrating remembrance: Placing flags at gravesites, marching in parades, sponsoring patriotic programs, dedicating memorials and wearing Buddy Poppies are examples.  Whether done individually or collectively, it is the thought that counts. Personal as well as public acts of remembering are the ideal. Public displays of patriotism are essential if the notion of remembering war dead is to be instilled in youth.  As America’s older war veterans fast disappear from society’s landscape, there are fewer and fewer standard-bearers left to carry the torch of remembrance. Such traditions will live on only if there is a vibrant movement to which that torch can be passed.
Independence Day
On July 4, 1776, the signers of the Declaration of Independence boldly asserted that all are "created equal, that they are endowed by their creator with certain unalienable Rights, that among these are life, liberty, and the pursuit of happiness." With these words, our forefathers formed a new nation and put forth a vision of liberty and democracy that would forever alter history. Every Fourth of July, Americans celebrate this pivotal moment in our history, which set into motion the development of a land of freedom and opportunity unequaled in the world.
Patriot Day
Those whom we lost September 11, 2001, will forever hold a cherished place in our hearts and in the history of our nation. By a joint resolution approved December 18, 2001, (Public Law 107-89), Congress authorized the president to designate September 11 of each year as "Patriot Day" to perpetuate the memory of those who perished in the attack on America and to pursue peace and justice in the world and security at home. Appropriate ceremonies and activities include a moment of silence beginning at 8:46 a.m. EDT, remembrance services and candlelight vigils. Flags should be flown at half-staff on Patriot Day.
Loyalty Day
Loyalty Day originally began as "Americanization Day" in 1921 as a counter to the Communists' May 1 celebration of the Russian Revolution. On May 1, 1930, 10,000 VFW members staged a rally at New York's Union Square to promote patriotism. Through a resolution adopted in 1949, May 1 evolved into Loyalty Day. Observances began in 1950 on April 28 and climaxed May 1 when more than five million people across the nation held rallies. In New York City, more than 100,000 people rallied for America. In 1958 Congress enacted Public Law 529 proclaiming Loyalty Day a permanent fixture on the nation's calendar.
POW/MIA Recognition Day

POW/MIA Recognition Day honors the commitments and the sacrifices made by our nation's prisoners of war and those who are still missing in action.  By custom, it is on the third Friday in September.
National POW/MIA Recognition Day is one of the six days specified by law on which the black POW/MIA flag shall be flown over federal facilities and cemeteries, post offices and military installations.
To learn more about this solemn day, take a look at this document highlighting federal law, the identification process (when remains are found), and script of the Missing Man Table of Honor Ceremony.
Flag Day
Flag Day is June 14 and celebrates the official symbol for the United States: our Stars and Stripes. Flag Day was first recognized by Congress on June 14, 1777, which became know as Flag Day.  Not only is the U.S. flag older than the Union Jack of Great Britain and the tri-color flag of France, but also is the only flag to have been flown on the moon.
Congress first stated that there should be a star and stripe for every state. Our first flag had 13 stars and 7 red and 6 white stripes. In 1794, two new states were added and we had a flag with 15 stars and 15 stripes. By 1818 there were 20 states, but our county was still using the flag with 15 stars and 15 stripes. Congress thought about having 20 stripes and agreed that it might become a problem because of its size so they passed a law that said there would be 13 stripes for the original 13 states, and they would add a star for each new state that joined the union.
The U.S. flag is 13 stripes: seven red and six white. A blue field with 50 stars is located next to the staff in the upper left corner of the flag. It extends from the top to the lower edge of the fourth red stripe. The stars are arranged in alternating rows of six and five representing the 50 states of the United States. The stars do not represent any given state.
The colors used in the flag give special meaning to the flag: Red for valor and zeal; white for hope and cleanliness of life; and blue — the color of heaven — for reverence and loyalty. 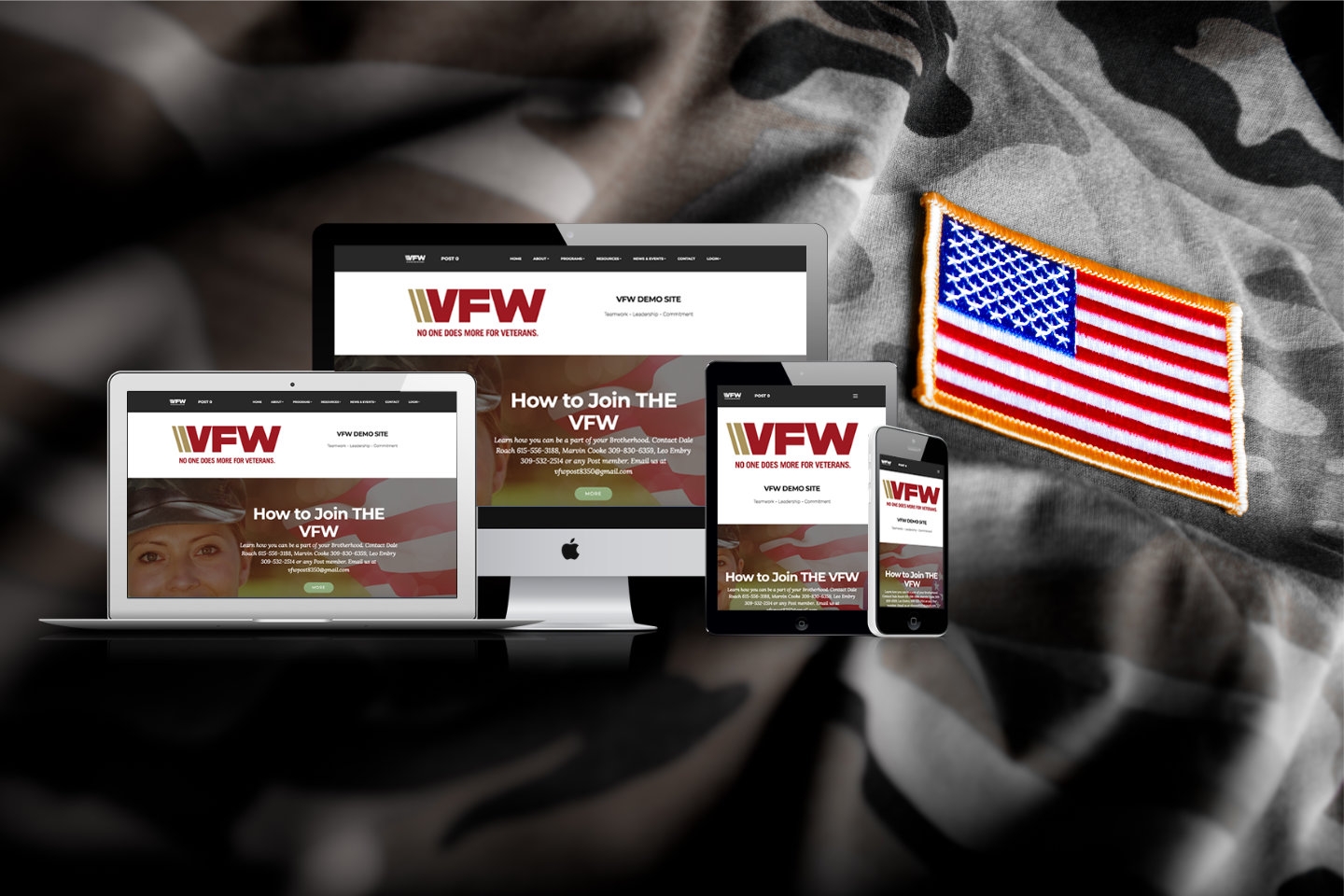 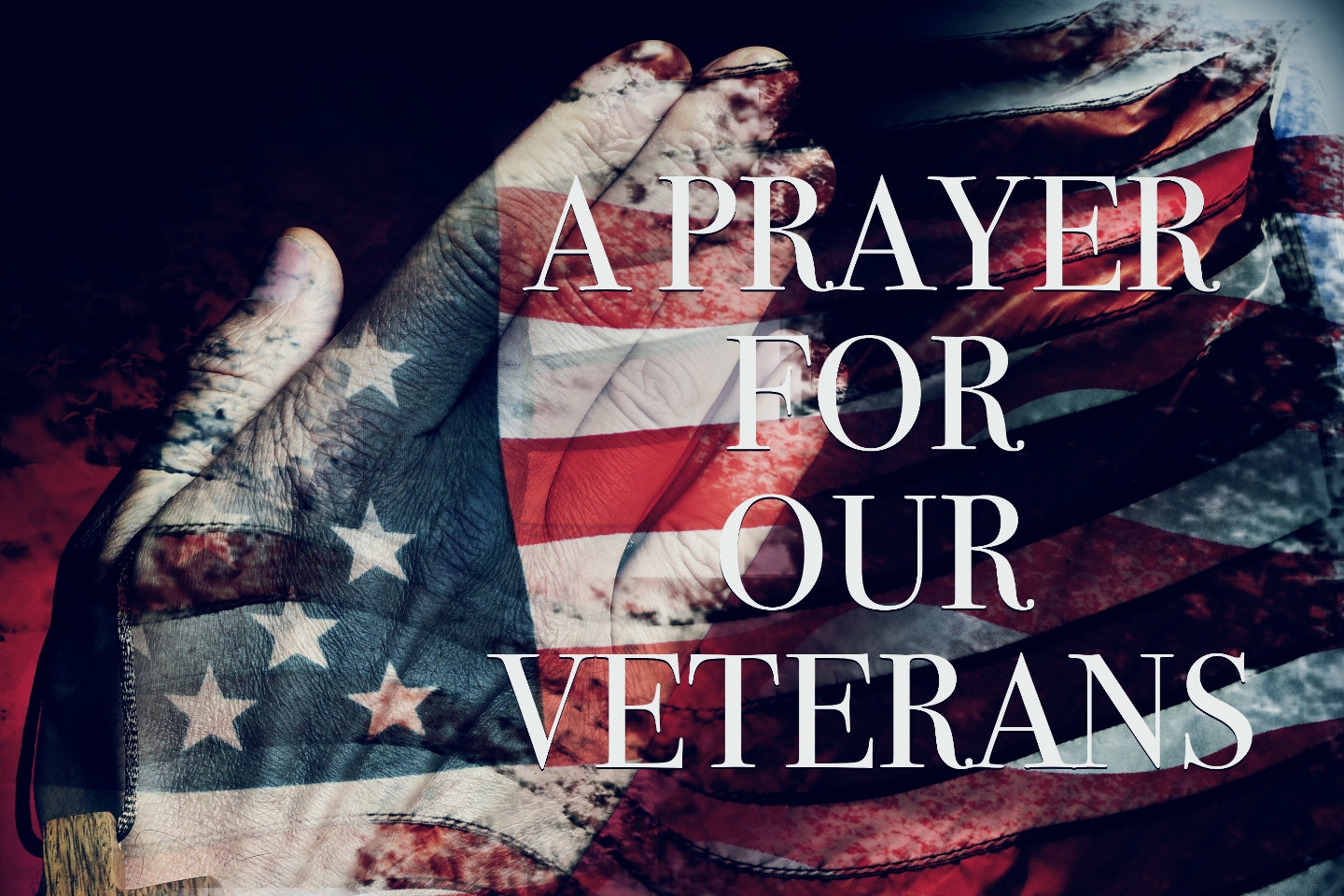 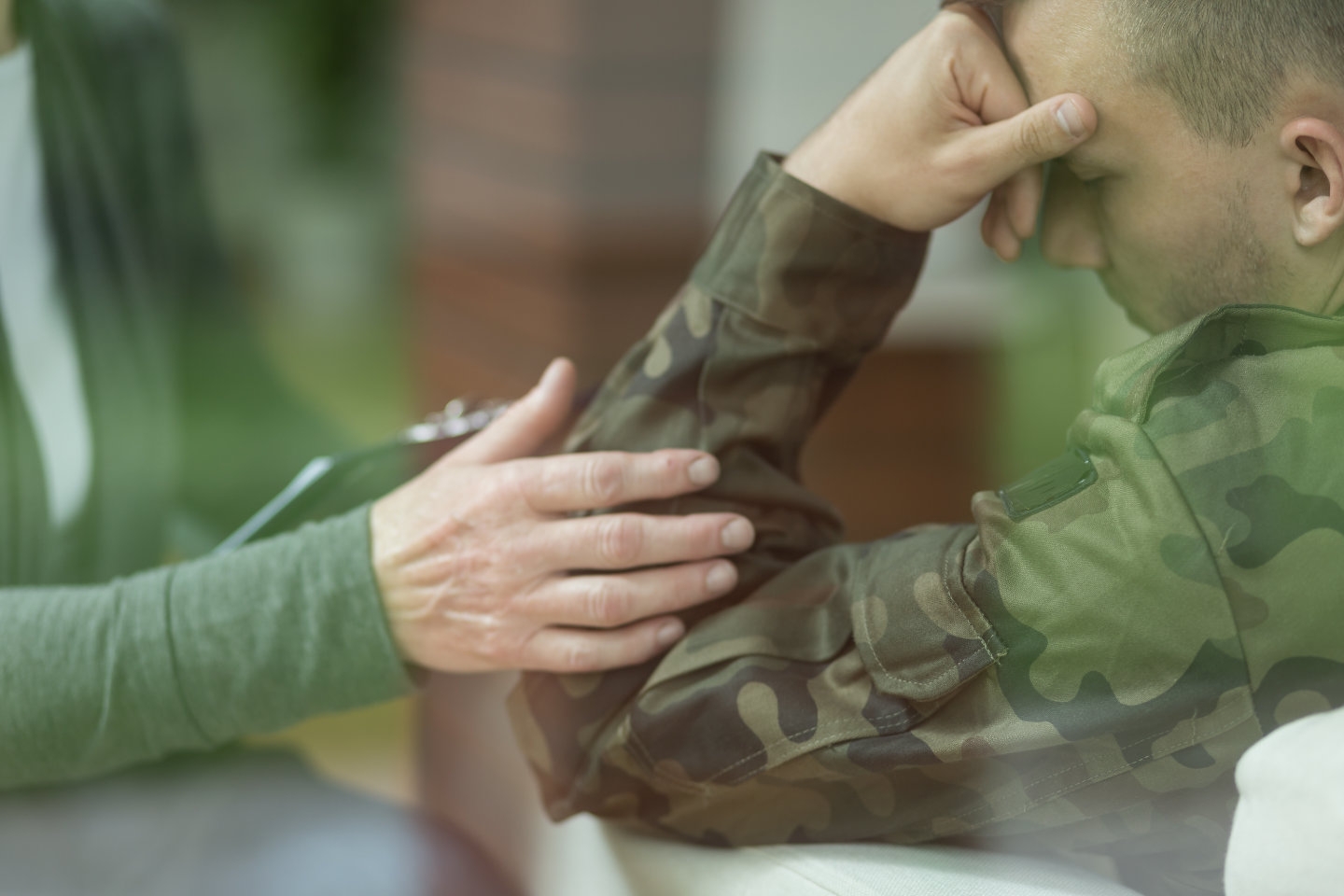 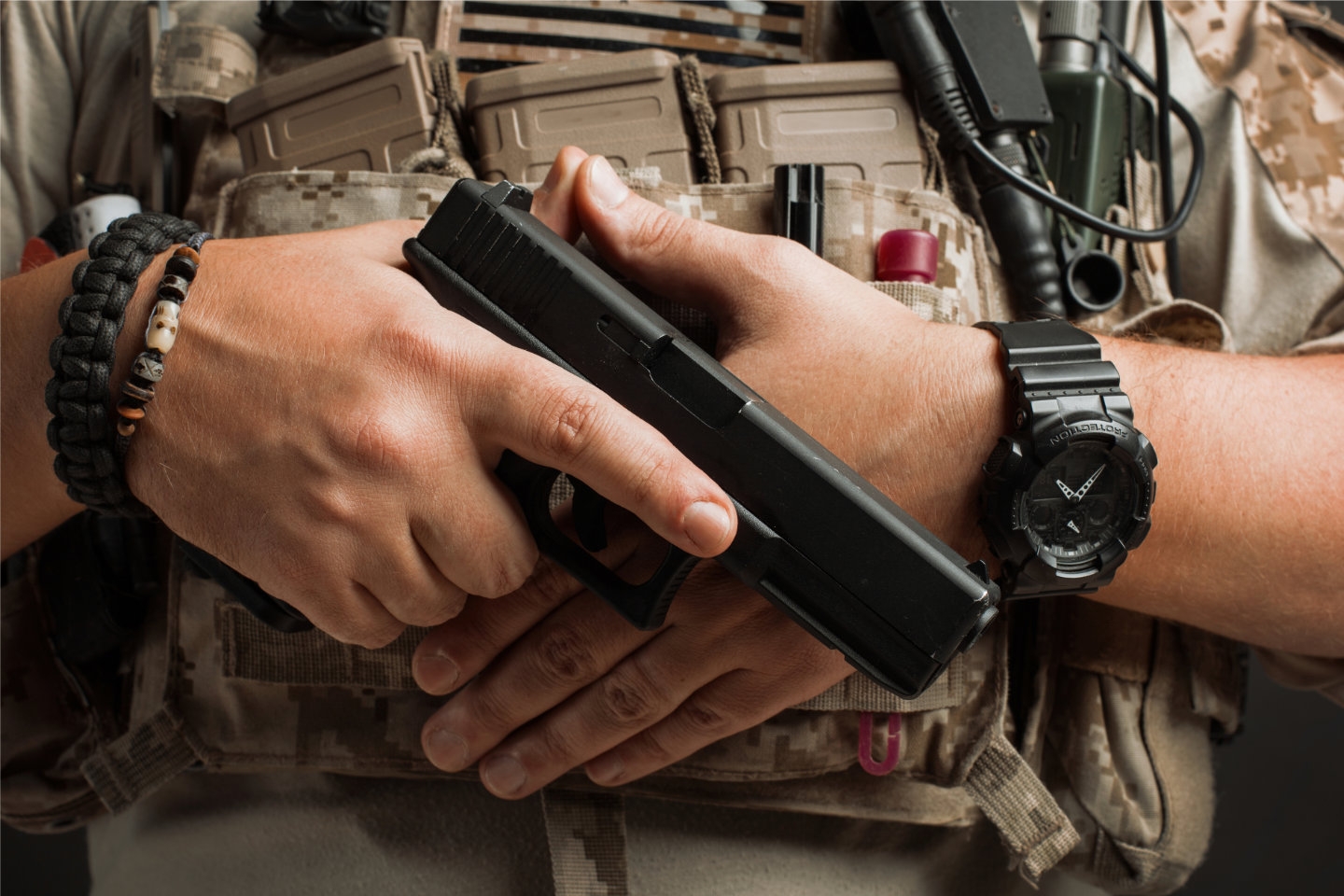 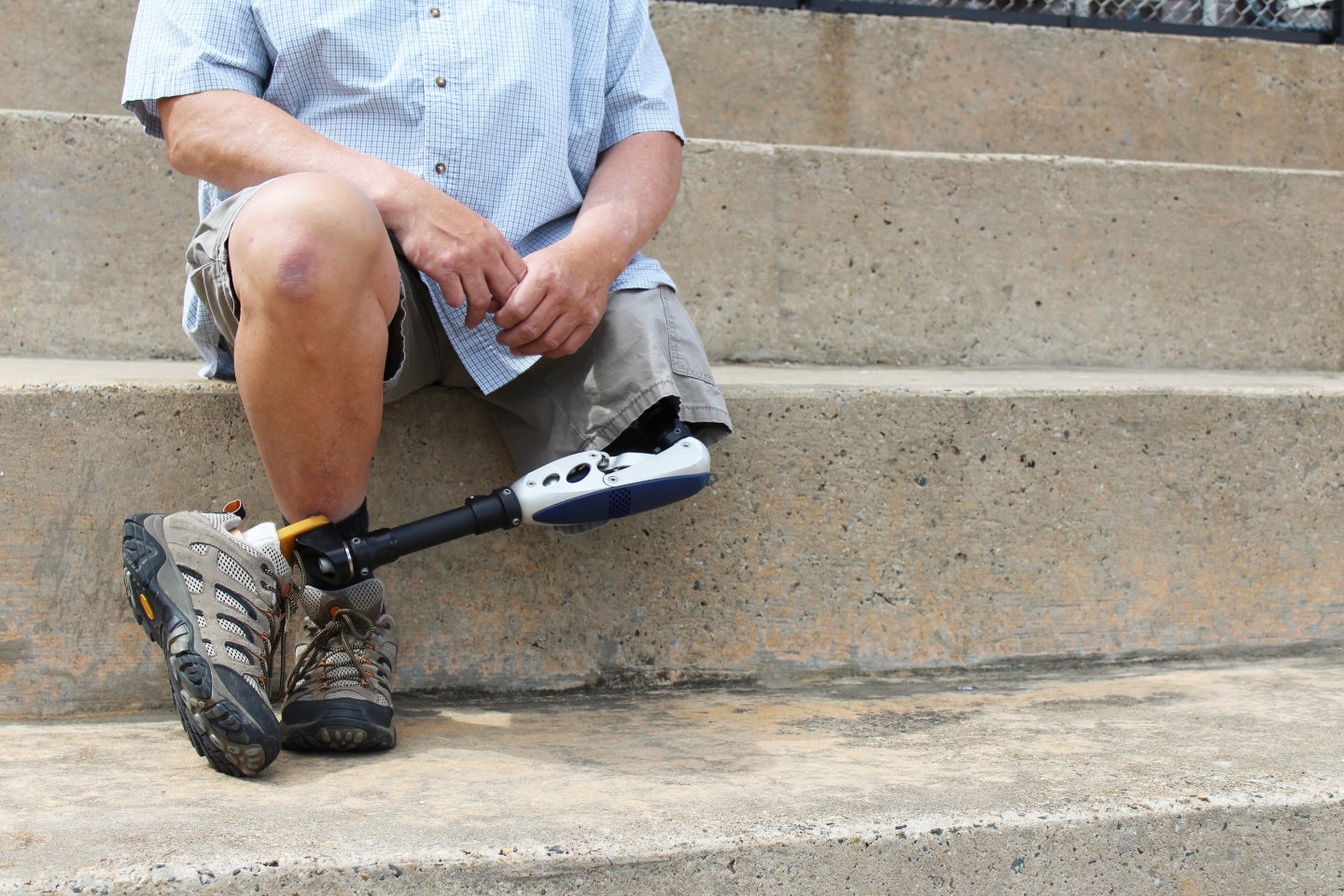